Change Your Career the Smart Way 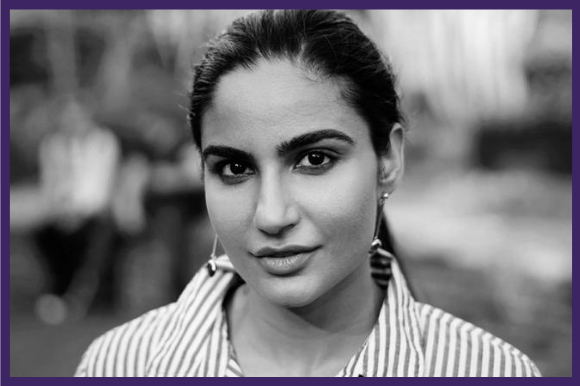 Change your career and avoid these common traps.

Want to change your career? We feel you. You’ve been working in the same field for five, maybe 10 years. You’ve climbed a few rungs of the ladder, saved a bit of money—maybe even enough to move into an apartment where you don’t have to use the oven as a closet. Everything’s going great, except for one small thing. All together now: "I hate my job."

The feeling’s familiar by now. The pit in your stomach as you drive to work. The nails-on-a-chalkboard voice of the guy at the next desk—you know, the one who insists on telling you whenever one of the Harlem Globetrotters follows him on Twitter.

And then there’s the work itself, and the sinking realization that you're so bored at work that you’d rather be...watching paint dry? Reorganizing your sock drawer? Filing your taxes?

And then, an idea that’s beautiful in its simplicity hits you. What if you just change your career and did something else? Something that made you excited to get out of bed every day? Something that not only paid the bills, but gave you... would the word "meaning" be too strong?

Making a midlife career change would be crazy, right? That would be impossible, right?

Not so fast. While your friends may balk and your family may openly question your sanity, career changes actually aren’t that unusual. The standard line you'll hear is that most people change careers five to seven times over the course of their lives—and while that number strikes us as a bit of a stretch, there’s comfort in the fact that you’re far from alone.

But if you’re going to change your career, do it right. This isn’t like buying a new pair of shoes—it’s a major life change. Watch your step. Here are seven things to consider when making a career change.

Get in touch with your inner psychoanalyst. If you’ve got a decent couch, now’s the time to go lie down on it. Ask yourself: What’s really making you unhappy? Is it that you’re bored at work? That your boss drives you up the wall? Or are you just having a crappy month?

The following qualify as the wrong reasons:

If, upon self-interrogation, you feel your choice is being driven by any of the latter, don’t go full burn it down quite yet. Just get a new job.

We’re not saying you should completely write off compensation when you’re thinking about changing careers. If you’re in a low-paying field and the work’s no longer keeping the lights on, running the numbers doesn’t mean you’re money-hungry—it means you’re realistic.

The mistake would be choosing your new career solely on earning potential, rather than how well it matches your interests, values, or strengths (you know, the good stuff). In the end, salary may be part of the reason you’re unhappy, but it’s probably not the only reason.

Look at the whole picture: work-life balance, upward mobility, the role itself. If you’re well-paid but miserable, you’re no better off than you were before you changed careers.

3. Do Your Research Before You Change Your Career

You’d do research if you were moving to a new city, right? You’d read about which areas to avoid, where the nearest supermarket is, and which street is directly across from a toxic water-treatment plant.

You’ll want to do the same for your new career, especially if you’re not even sure of your next move—you just know you need to make one. Get the lowdown on your target industries: hiring outlook, wage growth, the most in-demand skills. What does the typical worker care about? What about their boss? Read trade publications, Bureau of Labor Statistics data, profanity-laden Reddit threads—anything to ensure you’re not making your decision in a vacuum.

Okay, this one’s a given. Don’t quit your job until you have another one lined up. No matter how desperate you’re feeling, no matter how much you hate your job and want to take a swan dive into the nearest pretty much anything, you’ll be taking a huge risk if there’s no one waiting to throw you a life preserver when you hit deep water.

Finding a new job is one thing. Changing careers is something else. This could take some real time and dedication, and walking into an epic resume gap isn’t going to make it any easier.

5. Get in Touch with Your Network

So, you’ve read up on your target field, lurked in the background of a dozen industry message boards, and memorized a dictionary’s worth of newfangled work jargon. But let’s be honest: Your conception of what your new career will be like is still pretty much theoretical.

While it’s easy to downplay the importance of networking (hard pass on the limp handshakes and corny small talk, thanks) you’d be mistaken to do so. Other people are your best resource.

Want to get a real look at what lies ahead? Get on social media and put those stalking skills to the test—message people who have the kind of career you want and request an informational interview to test the waters. Not only will you get a sense of what kinds of questions might come up in a real interview, you’ll also make some potentially valuable contacts.

And hey—if you make a strong impression, they might consider contacting you when a new position opens up at their company.

6. Weigh the Pros and Cons of Going Back to School

Student debt is terrifying. Maybe it’s already following you like an angry ghost—maybe it’s part of the reason you’re looking for a new career in the first place. And while there are certainly careers that require an advanced or specialized degree to enter the field (we’re looking at you, health care), there are plenty that don’t. So, before you commit to the expense of going back to school, think long and hard about whether the career you’re dreaming of truly requires it.

Not sure? Keep networking. Most people will tell you if they think the long-term benefit of an advanced degree will outweigh the immediate pain of paying, and if it’s not a prerequisite of your field (or a way of breaking into the higher pay grades), it might not be worth taking the financial hit on tuition.

No two jobs are alike. So why are you using the same resume every time you submit an application? Put yourself in the interview setting: Would you provide the same answers whether you’re applying to be a software developer or a long-haul truck driver? Not likely. As tempting as it is to do a quick copy-paste of the same resume you’ve been using for years, you’re doing yourself a disservice by phoning it in.

This isn’t rocket science, but it’ll take some effort on your part. Scan the job listings in your target industry. What skills are they looking for? What types of credentials do they tend to require?

We’re not saying you need to rewrite your resume from scratch, but you’ll want to tailor it to emphasize the qualifications most relevant to the job at hand. When you’re transitioning to a new field—even if you have years of work experience behind you—that’s particularly important.

Decided to Change Your Career? Monster can help

Sometimes the best things in life are free, like uploading your resume to Monster. Recruiters search our database every single day to find smart people like yourself. We can help you get the message across to hiring managers that you're worth taking a chance on.