Looking for Jobs With Summer Fridays?

Here's how to get Fridays off in the summer. 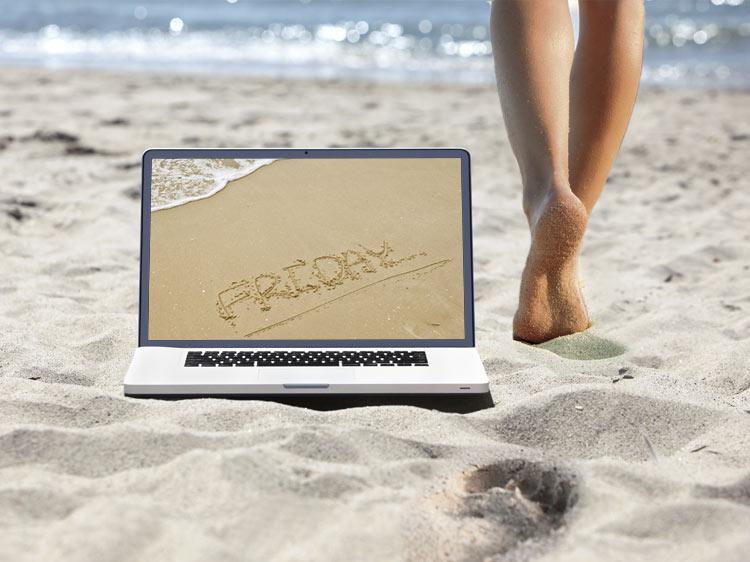 Combined, these three words usually conjure up a collective annoyed sigh, heard through upholstered cubicle walls—that is, unless your work offers one of the best perks possible in the modern workplace.

Of course, we’re talking about “Summer Fridays.” For those unfamiliar with them, a Summer Friday is when an employer allows its employees to duck out a few hours early—or in some cases take the entire day off—on Fridays that fall usually between Memorial Day and Labor Day. The free time off doesn’t count against the employee’s allotted vacation time and typically exists to give employees a jump on the weekend.

But if you find yourself slaving away in the office every Friday afternoon, you’re not alone. While most companies have yet to jump on the trend, a number of major employers proudly offer the perk. This is the story of this favorite summertime perk, along with a short list of companies who encourage their employees to hit the beach instead of the spreadsheets on sunny Friday afternoons.

What Are Summer Fridays?

According to the Bureau of Labor Statistics, the average full-time American worker gets 10 to 20 days of paid vacation a year, but some businesses use Summer Fridays to cut their workers a little slack. It’s implied that Summer Friday hours are totally off the books for employees.

And it’s a perk workers seem to love—87% of people with the benefit said having time off each Friday contributed to a healthy work/life balance, according to a study by Ultimat Vodka. But they're good for employers, too. The same study found that 76% of employees who have Summer hours actually felt more productive as a result of this flexibility. Workers tend to be more distracted during the summer months, and having a Summer Friday to look forward to can help counteract that.

As for those who spend their Friday working hard (or, let’s be honest, hardly working), the Ultimat Vodka survey found that about three quarters would take advantage of the perk if offered. They also believed Summer Fridays would help them find balance between their work and personal lives, not to mention boost office morale.

Believe it or not, some version of the Summer Friday has been around for a while. We can thank the New York City advertising agencies of the 1960s for this summertime perk—they originated the trend when workers left the city early for weekend excursions to the Hamptons.

Today, companies across sectors, from health care to advertising to media, keep the tradition alive by offering more flexible Fridays to their employees. If you’re really looking to get in on the deal, CNN shows you’ll have the best chance at a small company: 14% offer the perk, as opposed to 5% of large companies.

Tired of sitting at your desk while the sun is shining and the weekend is calling? You could work for a company with a Summer Friday policy by creating a profile on Monster and applying to new jobs today. We'll not only make it easy to apply to jobs with Summer Fridays, but we'll also send you job alerts whenever new positions at Summer Friday-friendly companies are posted. But first, go enjoy your Friday—it only comes once a week.