How to Be an LGBTQ Ally at Work

It's everyone's job to encourage inclusion. 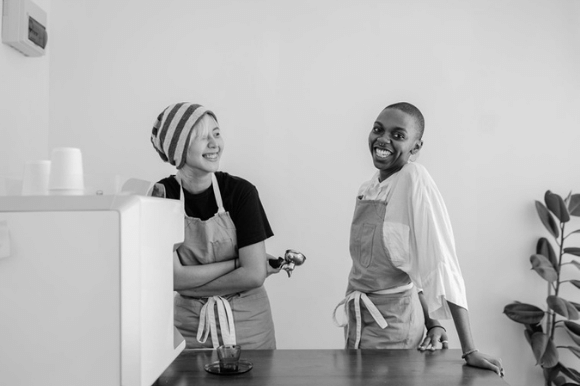 Everyone has a right to feel safe at work.

Learning how to be an LGBTQ ally is everyone's duty. Back in 2019, the U.S. Supreme Court ruled that the Civil Rights Act of 1964, which prohibits sex discrimination, also applies to discrimination based on sexual orientation and gender identity. This ruling paves the way to end workplace discrimination for LGBTQ workers, however, the hard part of creating inclusive and safe workplaces continues.

We all need to play our part in creating an inclusive work environment for our lesbian, gay, bisexual, transgender, and queer co-workers. But you can't simply say you're an LGBTQ ally; you have to act like one—at work and everywhere else, for that matter.

Sadly, when it comes to the former, many businesses have room for improvement. According to a survey by the Human Rights Campaign (HRC), 46% of LGBTQ workers say they are closeted at work. Moreover, a UK survey that found more than a third of LGBTQ workers (35%) said they've hidden their orientation at work for fear of discrimination.

The good news is you can make a difference no matter what your sexual orientation is. Here are some ways to act as an ally for LGBTQ inclusion and help prevent discrimination.

How to Be an LGBTQ Ally

1. Educate Yourself as an LGBTQ Ally

Learning the LGBTQ community's history and current events will give you a fundamental understanding what their challenges are in the workplace, while also providing you with a few lessons on how to be an LGBTQ ally. Reliable resources include HRC, GLAAD (formerly the Gay & Lesbian Alliance Against Defamation), the Equality Federation, and the National LGBTQ Task Force.

Many forward-thinking companies have internal committees that are dedicated to promoting LGBTQ inclusion practices within their organization and teaching others how to be an LGBTQ ally. If your employer has one, taking an active role in it allows you to directly support your LGBTQ co-workers and participate in making the culture a safe space.

In addition, there are a number of industry-specific organizations that are focused on helping LGBTQ workers succeed, and almost all of them perform advocacy work. For instance, the National Gay Pilots Association (NGPA) fosters equal treatment of LGBTQ aviators through advocacy and outreach programs, while also offering scholarships to LGBTQ aviation students. Joining such a group in your field can enable you to advance LGBTQ workplace rights.

3. Uncover Your Own Bias

Increasing your awareness around your implicit biases will help you learn how to be an LGBTQ ally. A good starting point: Take Harvard's Implicit Association Test (IAT), which tests your transgender bias. Then you can work on educating yourself (see step 1).

Many people make the mistake of assuming a person's gender identity by using gender-specific greetings like, “Hey, man!” Until you know someone's personal gender pronouns, go with gender-neutral pronouns. For example, the next time you send an email to your team or lead a meeting, open with a gender-neutral introduction—instead of saying, “Hi ladies and gentleman,” go with a simple “Hi everyone” or "Hello teammates."

5. Take a Stand for LGBTQ Coworkers

More than half of LGBTQ employees (53%) said they've heard lesbian and gay jokes at work, according to the HRC. Yet in an international survey by Out Now Global, 57% of professionals who said they've overheard anti-LGBTQ discussions at work said they were too scared to say anything. Don't be silent when you hear derogatory remarks. Speak up and let it be known that such remarks aren't welcome.

In addition, you can act like an LGBTQ ally by asking your employer to add language about respectful workplaces, sexual orientation, and gender identification to your company's employee handbook.

One way to foster inclusivity and establish trust is by meeting with your colleagues one-on-one—just as long as your colleagues are open to it. If you work with LGBTQ people who are out, ask what their experience is like in the workplace and how you can support them. It's also OK to admit that you might lack some information. Still, it's imperative that you be respectful and do your research to find out what questions are not appropriate to ask LGBTQ people.

Company values are high on the list of determining factors when it comes to choosing where to apply for jobs. That's why the Corporate Equality Index (CEI) by the HRC is so valuable for job seekers. The CEI rates workplaces on LGBTQ equality such as businesses that have tailored their diversity and inclusion policies to specifically accommodate LGBTQ employees.

The fact that more and more people are learning how to be an LGBTQ ally is a positive step toward inclusivity. Want to work for a company that reflects your values but not sure where to start? Create a free profile on Monster and you can get customized job alerts from your favorite companies. We can help streamline the job search process so that you're only reviewing opportunities that would be a good fit. You should work for a company that is a safe space and welcomes everyone to their team.