The Biggest Resume Lies to Avoid

Lying on your resume? You are bound to get caught. Don’t fudge facts—instead, this is how you make the truth sound better. 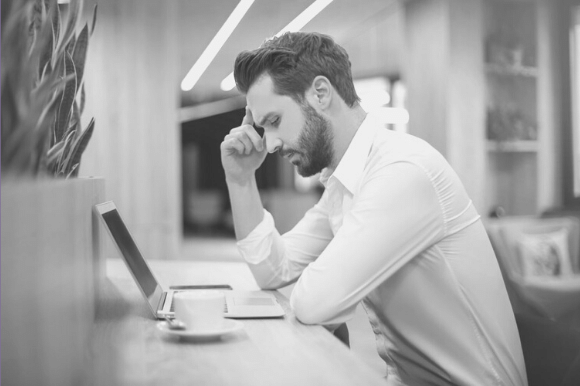 Don't risk lying on your resume.

Finding a job is challenging enough, but when your competition is cheating with resume lies, it can make standing out even tougher. But lies on a resume won't get you anywhere—except maybe in hot water.

According to the Monster Future of Work: 2021 Outlook survey, 66% of employers agreed that candidates exaggerate skills and competencies on their resumes. And in a survey of 400 applicants and 400 hiring managers, HR professionals, and recruiters, Checkster found a whopping 78% of applicants stretch the truth about themselves:

Newsflash: Companies will check your credentials, and yet, the resume lies are likely to continue. Why? "I think fear is the main reason," says Kim Isaacs, Monster's resume expert. "Fear of not being good enough, fear of not measuring up to their peers, fear of not getting called for interviews. Some people will do whatever it takes to get an edge."

More likely than not, putting lies on a resume will leave you skating along that edge. In Monster's Grads to Candidates virtual career panel, Trevor Sherman, senior recruiter for Staples, said, "No matter what job you're doing, if the interviewer gets the feeling or has evidence to show that they can't trust you, that's it."

Whether you're telling a little white lie or a blatant fabrication, getting caught could amount to career sabotage—especially since today's technology and social media environments make it easier to get caught. And you will very, very likely get caught. Monster Career Expert and former corporate recruiter Vicki Salemi told Monster's virtual career panel, "We once had to fire someone because they lied on their resume and then we found out after they were hired."

1. Education embellishments. Samuels has found that people try to make more of a course or two they took than they should. "We've had someone put down Cornell School of Hotel Management on their resume, when they only took one class online," he says. "[The candidate] didn't graduate from there or even attend in person."

Better bet: Instead of fudging your academic credentials, think about what you can add to your resume to demonstrate your education. Other professional development, honors or awards, and extra coursework might be relevant, says Isaacs.

2. Date deception. Another common deceit is to cover up employment gaps by "stretching dates for one or two jobs to cover a time gap, or fabricating an interim job," says Isaacs.

Better bet: It's sometimes a good strategy to preemptively squash concerns an employer may have about gaps on your resume, says Isaacs. If you took time off to raise a family, care for a loved one, go back to school, or take on an independent project, explain your circumstances in your cover letter and be sure to stress how committed you are to finding a job you can grow with.

3. Skill stretching. Many job candidates offer up a laundry list of technical proficiencies, but just because you used a program a few times doesn't make you an expert. The same goes if you claim to be fluent in a language just because you took a year of it in high school.

Better bet: Only list skills that you are truly prepared to demonstrate on the spot.

How You Can Get Caught Lying on Your Resume

If you think you can pull one over on potential employers, think again. It's probably true that many job seekers do get away with a slight exaggeration here, an omission there, but eventually, misrepresentations can come back to bite you.

"Hiring managers have their antennae up when reviewing resumes," says Isaacs, "and they're relying on background checks, reference checks, online research, social media sleuthing, and in-person interviews to determine the truth."

Here are a few ways that lies on your resume will get you red-flagged as a fibber:

Skills assessments. Especially if you're applying for a skilled position that involves writing, coding, or designing, expect that an employer will test you before hiring you. "Assessments can validate that you have the experience, as can asking appropriate behavioral questions during the interview," Samuels says.

Social media research. If you have a social media profile and a website, you'd better make sure that dates and basic facts match up to the resume you submit. "Because we've been in business for 20 years, says Samuels, "a lot of times we'll even have prior resumes for a candidate on file that are completely different."

And, of course, there's Google, so if there is some version of your resume or work history online, make sure it's in sync with what you hand a prospective employer.

Background checks. It's very easy for a hiring manager to contact your former employers and educational institutions to verify what's on your resume. And even if employers somehow miss false or misleading information before an applicant is hired, the job seeker isn't really ever off the hook. "The resume liar is always in danger of getting caught," says Isaacs, "and this could happen many years into their tenure." For instance, say your company goes through a merger and you have to go through a vetting process again—those lies can end up haunting you.

Tips to Avoid Lying on a Resume

Stay honest. It sounds cliché, but honesty really is the best policy, says Isaacs. Instead of using evasion or a complete distortion of facts, try the following strategies:

Rethink your design. "A common way to format dates on your resume is to right justify or left justify them so they're set apart from text," says Isaacs. But "lone dates surrounded by a river of white space draws the eye—so it's not a good choice for someone trying to downplay frequent job changes."

Instead, place the dates next to job titles or employer names so they blend in with the other content, she suggests.

Get in front of a potential issue. You might be tempted to leave off a job in which your departure didn't go well, but omissions are like lies and can be just as harmful. "Sometimes bad things happen. If you're honest and upfront, you can overcome that," says Samuels.

The Truth of the Matter

Fact is, no job candidate is perfect, and if your resume portrays perfection, that in and of itself might put an employer on high alert. Plus, employers don't expect perfection. What they do expect is your resume to represent the real you. "Most of us have had bumps in the road that don't exactly look great on the resume," says Isaacs.

Leave the lies behind and lead instead with your best self. Want to make sure your resume is mistake-free? Get a free resume evaluation from Monster. We'll show you which areas need improvement so that you can make the corrections and get on with your job applications. It's quick and easy—no lie.